Tsubasa ~RESERVoir CHRoNiCLE~ by CLAMP began on May 21, 2003 in Weekly Shônen Magazine nº 25 of the same year. It ended on October 7th 2009, at the 233rd chapter, published in Weekly Shônen Magazine nº 44. There are 232 chapters and a special collected in 28 tankoubons- or volumes. There are two official artbooks, Tsubasa Art Collection -ALBuM De REProDUCTioNS, Tsubasa ALBuM De REProDUCTioNS 2, apart from the CARACTere GuiDE 1 & 2, calendars of TRC & Holic: 2004, 2005, 2006, 2007 and 2008. There are three Drama CDs of TRC & Holic (the fourth on its way) of the so-called Horitsuba Gakuen- an alternate universe created by the authors.

CLAMP's creation of Tsubasa was taken from their desire to link all their previous works and characters. For example, the two main characters Sakura and Syaoran are crossover characters from Cardcaptor Sakura, although they are not the same and are not to be confused with them.

One of Tsubasa's key points is it's crossover, mostly with xxxHolic. It runs parallel to Tsubasa: Reservoir Chronicle and is another of Clamp's works. Their main characters, Yuko and Watanuki, are strongly related with the characters and the story in Tsubasa, thus making them very important to how the series will unfold. Other crossover characters might be found on Tsubasa, from CLAMP's previous series.

Like many of their other works, each member of CLAMP has a role different from their other projects as opposed to retaining set roles. For Tsubasa: Reservoir Chronicle, Mokona draws the main characters whereas Tsubaki Nekoi and Satsuki Igarashi draw the side characters and backgrounds; Nanase Ohkawa is the sole person in charge of the storyline. 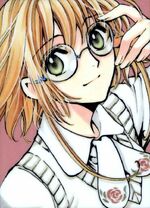 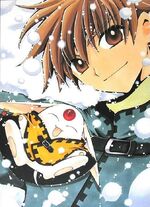 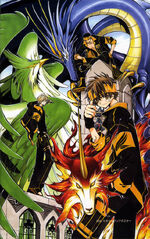 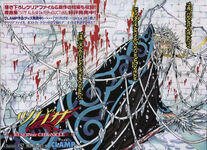 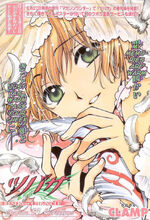 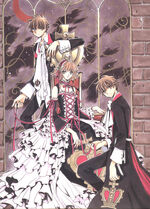 Scan with the Clone, "Syaoran" and Sakura
Add a photo to this gallery
Retrieved from "https://tsubasa.fandom.com/wiki/Manga?oldid=15357"
Community content is available under CC-BY-SA unless otherwise noted.